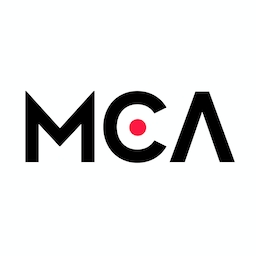 MCA is co-founded by Glen Mulcahy and Mark Egan.

Glen Mulcahy, is the founder of Mojofest, one of the world's longest running mobile creators festivals (http://www.mojofest.eu).

He has spent the last ten years teaching people how to make professional content with their smartphone. He worked in broadcast TV News for most of his television career. He became an accredited trainer with BBC Academy in 2006 and subsequently started teaching journalists how to shoot as VJ's (Video Journalists).

He left his role as head of innovation in RTÉ, the Irish national PSB in 2017, to start his own business and he has been a full-time trainer and mentor since, popping up at events and conferences to speak on the subject and moonlighting as a presenter/co-presenter in webinars, podcasts and livestreams.

Mark Egan has trained major broadcasters, brands and organisations around the world to make creative content for mobile audiences. He was a BBC video-journalist, earning a BAFTA nomination for work across news and documentaries. Mark has spent years showing major outlets how to create quality content with smartphones, and is a faculty member of the European Broadcasting Union Academy. In addition to training, he creates content for agencies and global brands.

Why You Should Join

We share a passion for empowering people as visual storytellers. in 2015 Glen created a community on Facebook after the first Mojocon conference and that group is now 7000 strong with members in 100+ countries. While that community is vibrant and still very much active we have been aware that there is an additional community of enthusiasts, pros and trainers who think and operate at a different level. Many already know a lot of the fundamentals and indeed many are thought-leaders and influencers in the overall movement. They need a community of their own. A group that operates at a professional and strategic level. A group who are ready to start or to expand on their earning potential in mobile content creation and development. The Mobile Creator Academy is for them.

The MCA is a professional learning community based on a dedicated platform. What sets it apart from the majority of the competition is that the course modules will be delivered LIVE in online sessions every 2 weeks and our initial course on mobile content creation will run for 6 months. There will be practical assignments based on the live modules and they will be subject to both trainer and peer review within MCA. Every Alternate week we will host live chats and AMA (Ask me anything) sessions to ensure trainees get the support and feedback they need to excel in the training programme. Each learning module concludes with a live interactive quiz with prizes sponsored by MOJOGEAR.EU.

We are currently organising additional pop-up workshops with other guest trainers and contributors. Some of these sessions will be free for members some will be optional paid sessions.

We are also busy putting the final touches to our sister website Mobile Creators Directory which will be an international listing website to allow mobile content creators, trainers and thought leaders to share their skillset on a global map. Stay tuned for more soon.

Keep Up With Mobile Creator Academy On The Go

Mobile Creator Academy is powered by Mighty Networks
Phone numbers from outside the United States may need to use a prefix (e.g. +44 XX XXXX XXXX). Available on iOS and Android. This site is protected by reCAPTCHA and the Google Privacy Policy and Terms of Service apply.
Choose a Plan
Choose Plan